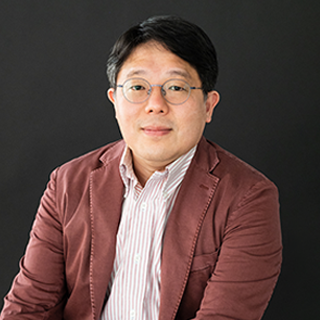 Chihyung Jeon is an associate professor and department head at the Graduate School of Science and Technology Policy. He received his PhD degree in STS (Science, Technology, and Society) at the Massachusetts Institute of Technology in 2010. Before joining KAIST STP in 2011, he spent a year at the Max Planck Institute for the History of Science in Berlin. In 2016-17, he was a Carson Fellow at the Rachel Carson Center for Environment and Society in Munich. In January 2018, he was a visiting professor at the University of Vienna, teaching a graduate course on robotics and society.

Jeon conducts research mainly on the relationship between humans and technologies within social and cultural contexts, examining various policy issues that arise from specific human-technology-society configurations. He is interested in the feelings of control, empowerment, intimacy, anxiety, and loneliness that humans have in front of machines. Recently he is organizing “a.human (인조인간연구회),” a research network of scholars interested in atypical forms of human—artificial, augmented, almost, or alternative. In 2017, Jeon participated in launching a quarterly science magazine Epi (published in Korean) that features critical essays on science, technology, and society. Since 2016, he has been contributing monthly columns on science and society to the Korean daily newspaper Hankyoreh. Apart from his usual research activities, he has been also involved in the investigation of the Sewol ferry disaster of 2014 by participating in the writing of the official report of the Sewol Investigation Commission (2018). He also launched an educational website Teach Sewol, featuring photos, documents, and class modules.