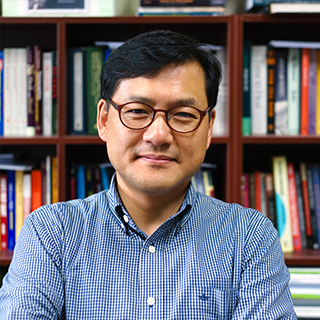 Buhm Soon Park is Professor in the Graduate School of Science and Technology Policy and Director of the Center for Anthropocene Studies at KAIST. His specialty is in the history of twentieth-century science and policy in the US and in East Asia. He takes a historical and comparative approach to analyze the ways in which new scientific disciplines and technological systems emerge, grow, and change in society. He has numerous publications on the cases of quantum chemistry, synthetic biology, stem-cell research, and CRO-led clinical trials, and is expanding his interest to the areas of GMO/LMO, CRISPR, and post-genomic medicine. He has examined policy issues at the intersection of law, ethics, and justice of state-funded research. He has coauthored a book on the history of basic science in Korea and has coedited a book on how Asian countries sought to fill the technology gap with the West. His recent research explores the Anthropocene concept as a tool to understand the geohistorical transformation of East Asian countries during the modernization processes. He studies Anthropocene spaces in this region, such as the Korean Demilitarized Zone (DMZ) and the hometown-turned-industrial sites. His research topics also includes the deterioration of soil quality with the increased consumption of chemical fertilizers and the circulation of construction materials across national borders in East Asia.

Professor Park earned his bachelor’s degree in chemistry from Seoul National University (1987) and received his PhD in the history of science from Johns Hopkins University (1999). He subsequently worked at the U.S. National Institutes of Health as a postdoctoral fellow for several years before joining KAIST (2007). He spent a year at the Harvard Kennedy School’s STS Program as a senior visiting research fellow. He is affiliated with Johns Hopkins University as a visiting scholar. His service in professional societies include: President of the Korean Association of Science and Technology Studies and a Vice President of Korean History of Science Society. He is an elected member of the Korean Academy of Science and Technology.